06.08.2010 | Efima always offers the leading cloud solutions to its customers. One example of this is the Robotic Process Automation (RPA) platform UiPath that is part of Efima’s offerings. UiPath has gained recognition as the leader in RPA in multiple researches. UiPath is also the technology behind Efima’s beloved software robot, Aili.

UiPath was named as a leader in RPA in two separate studies published by the Everest Group and Forrester in 2018. Everest Group also named the RPA vendor a star performer based on the greatest positive relative year-on-year movement in Everest Group’s assessment.

Everest Group’s Robotic Process Automation (RPA) PEAK Matrix™ is a yearly industry assessment providing analysis and insights on RPA vendors and products to assist enterprises in their selection processes. The research features multiple criteria, such as the vendor’s impact on the market, overarching vision and product capabilities and support. UiPath is the only RPA vendor that has been named both a leader and star performer in two consecutive years.

UiPath has gained recognition also in other industry events. The company received a prize for the best RPA software at the Alconics Awards. UiPath was also rewarded for its exceptional accomplishments in enterprise level use of AI at the CogX 2018 Awards.

Robotic process automation (RPA) is the act of using software robots to automate different tasks typically done by humans. A software robot is a computer program that mimics human actions and uses other applications via their user interface. RPA performs the best with regular, rule-based, high-volume tasks, such as Accounts Payable processes.

Get to know Aili better here. 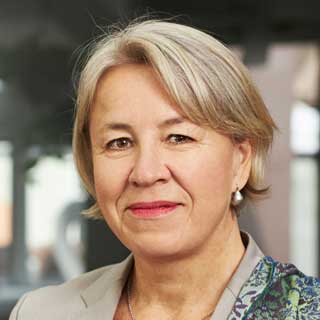